In 2017 the concept album ”THE OCEAN“ was much celebrated by the progressive rock and art rock scene. The second release by Philipp Nespital’s solo project smalltape was ranked among the ”progressive standout releases of 2017“(musikreviews.de) and the eclipsed magazine even described smalltape as ”the new star in the art rock sky“.

Supporting the US-American art rock band Bent Knee on their tour and playing in front of an amazed audience at the Night of the Prog Festival 2018 and the 2Days Prog + 1 Festival in Veruno/Italy proved that smalltape surpassed the state of being an insider tip. 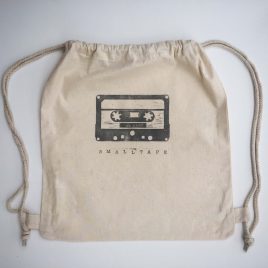